Home > Lisa Signorile, Birds do it, bees do it, even educated fleas do it 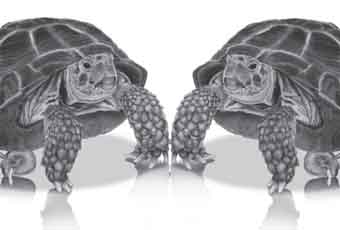 Lisa Signorile, Birds do it, bees do it, even educated fleas do it Passing on one’s genes has always been the greatest (often unconscious) aspiration of every living being. Besides, it could not be otherwise: in the last half billion years, those that have not dedicated their energies to reproduction have simply become extinct. We are the descendants of those who wanted to hand down their genes. Evolution has perfected this tendency and has made it an inexorable urge as well as an (almost) perfect machine, developing imaginative stratagems in the behaviour and anatomy of animals. With the grace, scientific rigour and humour we became used to with “The short-sighted watchmaker”, Lisa Signorile gives us a round-up of the strangest reproductive mechanisms developed by fish, amphibians, reptiles, birds… and naturally mammals.

After her studies in biology, Lisa Signorile moved to England, where she took a PhD in population genetics. Since 2007 she has had a very popular blog, “L’orologiaio miope”, on which “The short-sighted watchmaker”, published by Codice Edizioni, is based. Since 2012, she has written for “National Geographic Italia”, and in 2013 she published “Il viaggio e la necessità” for Scienza Express.