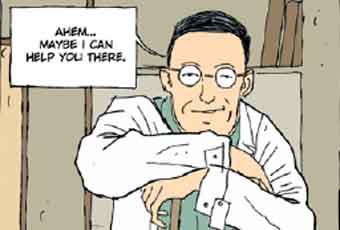 1964, Holmdel, New Jersey. While fine tuning an antenna, two young radio astronomers pick up an annoying and ubiquitous background noise. Their search for an explanation will lead them to trace back half a century of science history, between sensational discoveries and unfairly overlooked intuitions, following the work of different scientists – some more famous than others: from legends like Einstein and Hubble to a priest-scientist like Lemaître, from the sacrilegious Gamow to Hoyle the heretic. Each one caught a glimpse of part of the solution, but no one was able to put the whole picture together. As the plot  develops, the idea that a simple buzz may hide something much more important becomes plausible. Perhaps it will even answer the questions humanity has asked since time immemorial: how did all of this begin, and when?

Amedeo Balbi is an astrophysicist and researcher at Università di Roma Tor Vergata. He has worked in popular science for years, taking part in radio and TV shows, speaking at conferences and writing for online, print and TV media. In 2011, he published with Codice Edizioni “Il buio oltre le stelle”.

Rossano Piccioni is a commercial artist and illustrator. In 2000, he founded the comics school Scuola di Fumetto Adriatica, and in 2005  he started an anthological magazine called “Denti”, focused on the young emerging talents of comics.